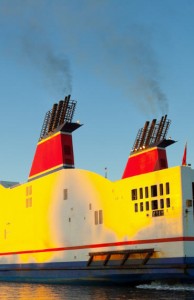 Besides being a single toxin, NOx combines with other substances and creates smog when it is exposed to sunlight. This creates a major health hazard for people that live in affected areas. NOx penetrates into the lung tissue and can cause permanent damage to lung tissue. Children, the elderly, people with asthma and other breathing difficulties, and people that work outside are especially susceptible to the negative health effects of NOx. The way to reduce that health risk is for companies to employ NOx reduction measures.

Nitrogen oxides also combine with water which produces nitric acid. When released from the atmosphere it is called acid rain, and results in significant long term damage to any structure that is repeatedly exposed to it.

In 1997 the Kyoto Protocol classified NOx as a greenhouse gas, and also called for a world wide effort to reduce the amount that was being released into the atmosphere. In the United States this is regulated by the Environmental Protection Agency (EPA). They have set levels which can legally be released by companies. If the company does not comply with the regulations they can have sanctions and significant fines levelled against them.